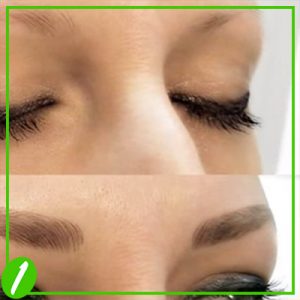 Microblading is the latest technique for building semi permanent makeup into the second layer of skin with the help of a microblading pen. This technique can fill in sparse brows or it can also create an entire new brow. Now here is a most common and important question is – How long does microblading last?

There are a variety of opinions regarding the lasting period of microblading. Somebody says 9-15 months, somebody says 12-18 months and other say 1-2 years.

Any one may be correct depending on so many factors that we are going to discuss step by step in this article and here is everything that you need to know about microblading lasting period. Also you must be careful on microblading after care instructions to last long.

In broader sense microblading has got all the advantages that tattooing posses except its permanent aspect! Isn’t that amazing!

The outcome of microblading eyebrows is semi-permanent that means it may last for 12-18 months on average. We have already told factors that control the lasting period of the result.

The microblading procedure include the placement of pigment into the second layer of skin while traditional tattooing place pigment or ink deeper in third layer of skin. And this is the only reason why this is semi permanent and tattooing is permanent. You should also be careful about top quality microblading pigment selection.

Look around the world, every year design, fashion and models are changing continuously is a trend. So you have got option for changing your brows color and shape with semi permanent technique of microblading.

Also when you grow older over 40 years you need to change your facial look frequently and microblading is ready to provide this opportunity.

It is quite normal that skin tend to change with age as because it loses collagen and elastin which ultimately turns to wrinkles. Skin sags over time due to loss of elasticity.

Mind that what looks nice in your 40’s might not look same in the 50’s. So microblading has given the opportunity to change your shape and style of appearance through eyebrows.

Normally microblading last for 12-18 months on average. That also depends according to the instructions given are followed or not. If you want your brows last for longer time you need to follow the following instructions.

Factors under your control:

Factors not under your control:

As this stage can you guess about the lasting period of microblading. The answer fully depends that how much you can follow the instructions that will increase or decrease the longevity of brows. In case of oily skin it retains pigment up to 85% which is before touch up.

After touch up there will be a great difference in the brows. There fore touch up after 6 weeks is most essential for long lasting the process.

How long does microblading last without touch up?

The touch up is an extra procedure that solidify brow shape and microblading can last for long time but everybody would not pay extra money for touch up.In such case you cannot expect brows to last for long time.

Without touch up microblading fades before 2-6 months. Again this depends on controlled and non controllable factors and with the touch up the ability to last for 12-15 months. So you can understand the importance of touch up for long lasting.

How to fade microblading?

There people both men and women who are not happy with microblading they like to fade their brows. There are 6 method by which you can fade your brows.